The partnership between the luthier and the great composer, guitarist and soloist Zé Paulo Becker arose in a meeting with friends in a bar in Rio de Janeiro in 2009. 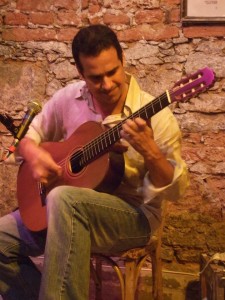 On the occasion, there were great names of Brazilian music: Rogerinho Caetano, Yamandú Costa, Marcello Gonçalves, Marco Pereira and Luis Flávio Alcofra. Zepa, as he is affectionately known by his friends, challenged Lineu to make a powerful guitar. Since then, three guitars have already been born especially for Zé Paulo Becker: two 6-string guitars and a 7-string one.

The musician Zé Paulo Becker has been performing with his quartet “Semente Choro Jazz” in Lapa, a neighbourhood in Rio de Janeiro, since 1998. The performance, which takes place every Monday, mingles Popular Brazilian Music classics, famous choros (A Brazilian popular music instrumental style) and Becker’s compositions, who has 10 recorded albums. The samba jam with its wide set list is vibrant and welcoming. Apart from the people who are there every week, the audience goes from Brazilians and foreign tourists to musicians and artists. 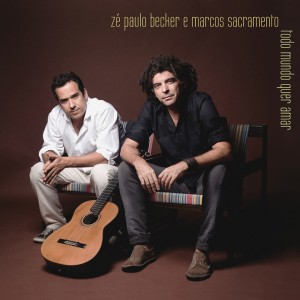 During his career, he won remarkable prizes, such as the National Contest Villa-Lobos Guitar in 1990, and, in 2009, the III Instrumental Music Festival of Guarulhos. His album with the trio “Madeira Brasil” and Roberta de Sá was the winner in the Best Brazilian Popular Music Album category at the Brazilian Music Award in 2011.