The musician, who was born in Recife, sings his own compositions made into verses that reflect topics about our generation

The luthier Lineu Bravo was recently surprised by watching on television the show “Em Trânsito” by the musician Lenine. During the performance, Lenine sings along with his band and plays a lot of guitars. At one point, he plays, without his band, a Lineu Bravo guitar. The luthier immediately recognized the instrument and was staggered by that.

Lineu Bravo said that he does not know any more details about his discovery: “I recognized the instrument but I don’t know which one it could be, and I don’t’ know how he got it.” The mystery continues, and the luthier leaves a question: “Can anyone help me solve this mystery?” 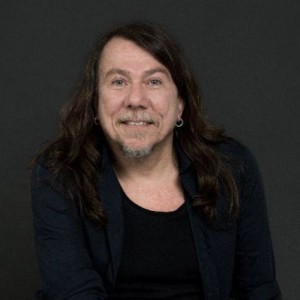 Lenine is a Brazilian artist who sings his own compositions and makes verses that explain our time. For him, word and music have always walked hand in hand.
He was born in Recife, on February 2nd, 1959, and his first music references are: Ângela Maria, Cyro Monteiro, Bach, Chopin, Jackson do Pandeiro, Miltinho, Ary Lobo and Dorival Caymmi.
About his music, Lenine explains: “They say I make music that mixes Brazilian culture with worldwide culture. Sounds that don’t fit in a unique genre and with no boundaries. I agree. At least, I try.”
Lenine went to Rio de Janeiro in the late 70s, searching for a career progression.
With composer friends, he followed his way composing and creating, trying to survive producing Brazilian Popular Music when everyone was playing Rock music: “It was not easy, but it certainly was essential for what I do today”.
He performed in partnership with a lot of talented musicians over his career, such as: Fernanda Abreu, O Rappa, Milton Nascimento, Maria Rita, Maria Bethânia and Elba Ramalho.
Lenine, who loves producing his own albums, has also produced for some friends such as Maria Rita, Chico César and Pedro Luis e a Parede.
About his albums: “I think “Olho de Peixe” is the most important album of my career. Because it helped me to find out that the music can take me wherever I want”.