Guitar making is not Luthier Lineu Bravo’s only art. Another instrument that he makes with a lot of joy is the ‘cavaquinho’. The process is similar; however, it takes some special care because of the small pieces of the instrument. The luthier has to pay close attention to the details so that he can reach the perfect balance. 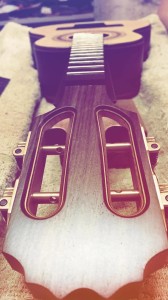 The construction of cavaquinho was a milestone in the luthier’s career, who asserts the importance of this experience: “The first instrument that I built was the cavaquinho. I used to play it so I ended up building other cavaquinhos. I used to make it as a hobby, and that’s how I got familiar with this art.”

For the luthier, building cavaquinhos was a big learning: “The cavaquinho is smaller and has a smaller speaker sound, so it demands much more attention to reach the balance and the perfection I need. You have to be much more careful when building cavaquinhos, that’s why it is easier to make bigger instruments”, explains Lineu.

Lineu Bravo admits how hard it is to obtain the perfect tuning on an instrument like this: “The cavaquinho is much more delicate, so it is harder to build it with a perfect tuning.” 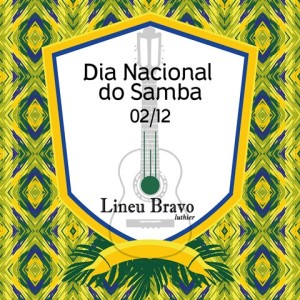 Do you know how a luthier works? The construction of instruments is an art that demands time, talent and dedication. A single handmade instrument takes months to be built and, during this process, the art is born. 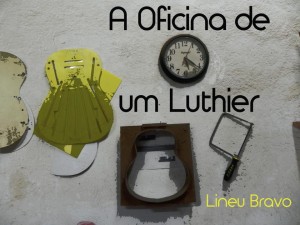 In the workshop, the luthier uses many tools to fit each component in its place, each string, each part of the guitar, cavaco or, maybe, mandolin.

There are molds, in different sizes and forms, for each instrument, that, after a long time of work, become artisanal music instruments: cavaquinho, mandolin, nylon guitar, tenor guitar, 7-string-steel guitar.

Some pieces are so delicate that, in order to be fit and shaped with precision, it is necessary to use a magnifying glass. The nut (little piece of bone made out of the shin of the ox) that holds the strings of the instrument, is one of them.

Another frequently used tool in the workshop is the clamp. There are a lot of sizes of clamps and they are helpful to fix the parts of the music instruments.

The handmade construction of instruments, as we see, is an art, and the artist, the luthier, molds, creates, invents and reinvents.