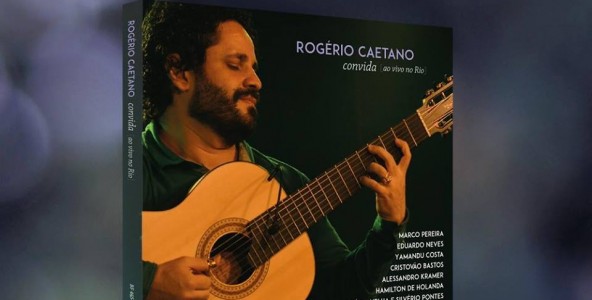 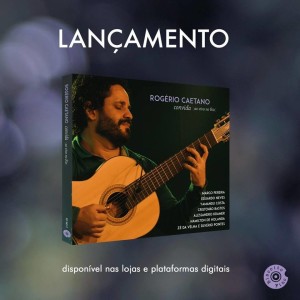 The idea came from a project that the musician has been part of for 2 years, in a studio named “Eco Som”, in Rio de Janeiro, Brazil. Rogerio says that, at the beginning, it wasn’t supposed to be a project with guests: “Actually, during this period, I was going to rehearse, on studio, a project that I wanted to record with a trio, but the rehearsals never happened because of schedule problems. Since I had already closed the deal with the studio owner, I started to invite friends, who are also musicians, to share the stage with me”.

In 2015, the project worked out. The musician performed in more than 40 concerts, every Friday night, and, also, 2 recordings: with Eduardo Neves and Hamilton de Holanda (who also has a Lineu Bravo guitar).

In 2016, the performances had to change to a bigger place because the audience got bigger and bigger.

When he had access to the recorded material, Rogério was surprised by the great quality. So, he had the idea of the album.

A special detail is that during all the project, the musician played his Lineu Bravo guitar: “It was great, the guitar is an excellent instrument. I played my Lineu Bravo guitar during all the project to keep the sound pattern of the disc. When you hear it, you can think it was recorded in one day.  I used the same guitar and the same microphone. It was for sure a great difference.”

About the final result, Rogério says: “I am very happy with the bottom line. I had never played live in my career and I really enjoyed my performance and the sound quality. On performing live music we have this interaction with the audience, so it is very nice. I think it was a high level output.”

Rogério Caetano has a lot of future plans. There is a web series he wants to record and also a tribute to Dino 7 Cordas.