Melbourne University, in Australia, is going to receive five instruments made by Lineu Bravo Luthier

You are here: Home » Australia » Melbourne University, in Australia, is going to receive five instruments made by Lineu Bravo Luthier 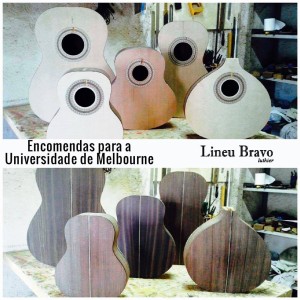