João Lyra, who was born in Alagoas, is a multi-talented guy: musician, composer and arranger.

He started his musical career because he was influenced by his Family: his mom used to play “cavaco” and his brother encouraged him to play the guitar. In Maceió, he participated in many Brazilian Popular Music groups, however Choro and Bossa Nova have always been a priority in his musical life.

He studied classic guitar with José Carrion and he used to lesson at Pernambuco Conservatorium of Music. Besides, João has also taken part in Pernambuco “Cordas Dedilhadas” Orchestra.

He was also a member of Nana Caimmy band and, along his career, he has recorded with many artists such as: Gal Costa, Gilberto Gil, Djavan, Ivan Lins, Elba Ramalho, Chico Buarque, João Bosco. 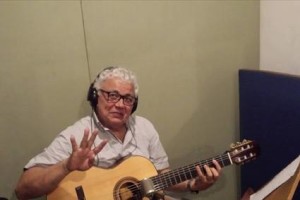 João Lyra is one of the few artists who have two guitars made by luthier Lineu Bravo. In 2006, the luthier built a “Requinto” guitar and, in 2009, a 6-string “Abeto” guitar for the musician, who left a testimonial about his instruments: “I play the guitars made by the great Brazilian luthier Lineu Bravo. I have a “Requinto”, which is a preciousness, and a “Pinho”; this one from the picture. Another rare jewel! Have you ever seen anyone who was born speaking? That’s what happens to Lineu Bravo guitars! Overwhelming sonority! Congratulations, friend Lineu, you rock!” 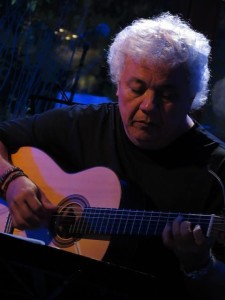