You are here: Home » Artist » Felipe Coelho and his Lineu Bravo guitar 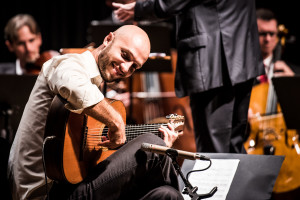