The American movie “Schindler’s List”, from 1993, directed by Steven Spielberg, tells the history of Oskar Schindler, a German businessman who saved millions of lives during the Holocaust. Besides the touching plot, the history has an amazing theme made by John Willians in 1994.

This version has a special meaning to the Luthier Lineu Bravo, because it is performed by his client, the Italian musician Mario Murru.

Mario Murru, who is specialized in ancient guitars, performs with instruments that are as modern as the 19th century in his solo concerts around the world.

In 2008, when he got to know the sound of a Lineu Bravo guitar, he decided to have one. He wanted a guitar that could be played with the tenderness learned in his career.

When he got his 6-string guitar, with Canadian Cedar top and Jacaranda background, he took part in a lot of important festivals around the world. 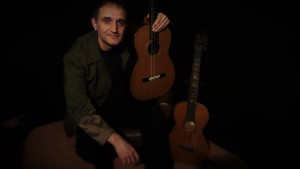 The 6-string guitar in the hands of Mario Murru